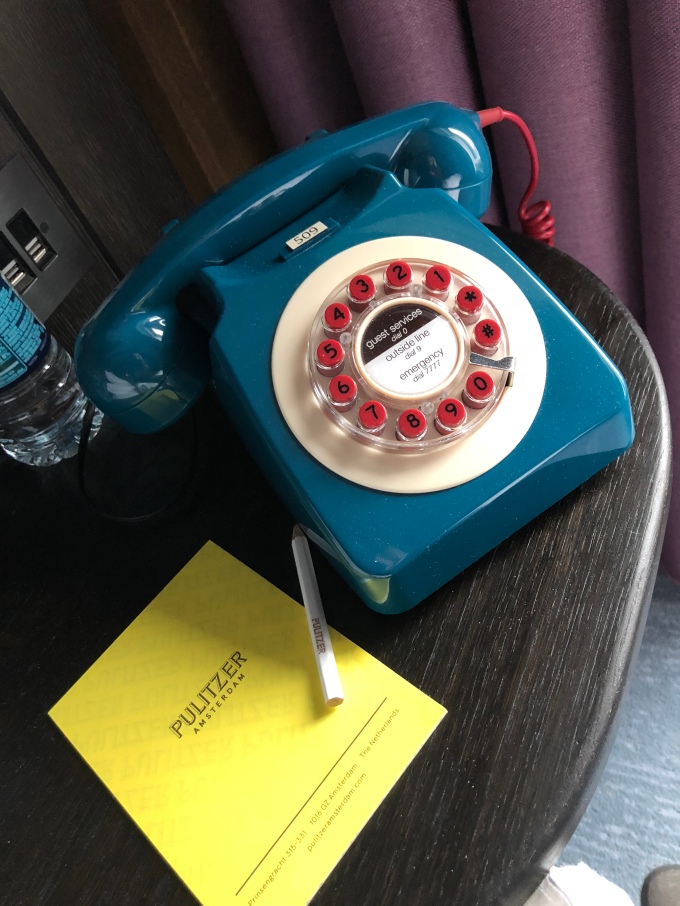 No. We haven’t even partaken in the weed. The Husband has an adorable, if strictly ornamental, nose since it neither breathes nor smells. I’ve been bowled over by the various waftings of weed but he remains oblivious.

Our hotel valet told us that the buildings along the canal are crooked because that allows the rain water to properly fall away from the buildings. LIES! Except Joan looked it up on this thing called the internet and it seemed to confirm this. I remain highly skeptical.

Speaking of the hotel, The Oshels paid for hotel perks such as early checkin and a room upgrade and got none of this. The Humphreys received all of the above and did not pay. The one free thing we actually received was breakfast where The Husband almost got us all kicked out because he fetched his own coffee. Free or not, it is a beautiful hotel—The Pulitzer—comprised of 25 canal houses in a great central location with impeccable service.

‘Tis raining in Amsterdam this morning and appears to be in the forecast all week. The Universe requires us to walk daily in rain or shine so we are undeterred and, in fact, are off in a few minutes to take a canal boat ride and learn why the buildings really lean. If they say rain drain off, someone’s going overboard.